Our team is a blend of multifaceted skills and talent. Some of us come from the Wachau, others from Vienna or beyond the Austrian border. Some are globetrotters, others are deeply attached to their homeland. There are those who have acquired their wine education at schools and academies, while others have gained oenological knowledge and gastronomic expertise through practical hands-on experience. Our resumé is indeed varied and far from the norm. But there is one single point that bonds us: We share a great passion for wine. 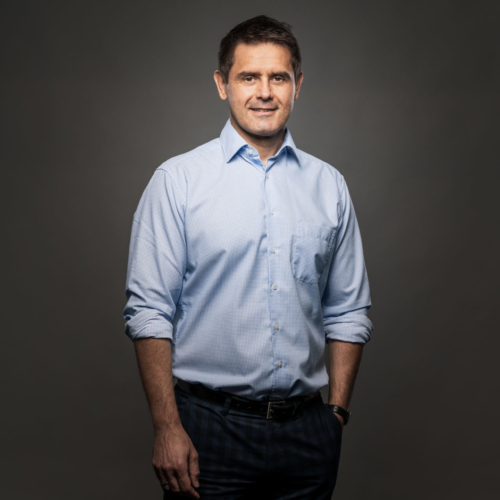 Concentrated Grüner Veltliners from Kellerberg are his favourite wines, but Roman also appreciates elegant white Burgundies. Before making his home in the Wachau, he worked in wine trade as well as wineries in Chile and France. He was the second Austrian to successfully complete the prestigious Master of Wine education at the Institute of Masters of Wine in London. Roman joined the Domäne Wachau as Winery Director in 2004 where he has been responsible for the successful quality-oriented restructuring and strategic positioning of the winery. He also keeps very busy in his private life as a family father who is quite proud of a daughter and twin boys all in high-school age. 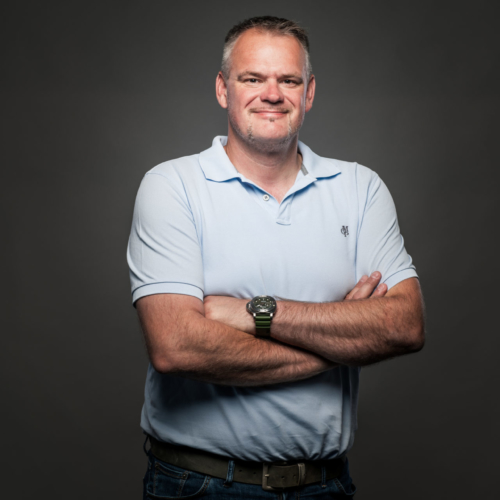 After years of apprenticeship in the international wine world, Heinz Frischengruber returned to his origins in the Wachau. He is a graduate of the Viniculture College Klosterneuburg, studied international wine marketing at the college in Eisenstadt and oenology at the reputed University of Geisenheim. Heinz’ key contributions to the success of Domäne Wachau are the successful development of a quality improvement programme in the vineyards as well as a focus on preserving the unique terroir character of the wines. Heinz was awarded as the Vintner Newcomer of the Year in 2007 and is also the managing director of the Austrian Oenology and Wine Research. He adores tasting the wines of the world directly in their own terroir. 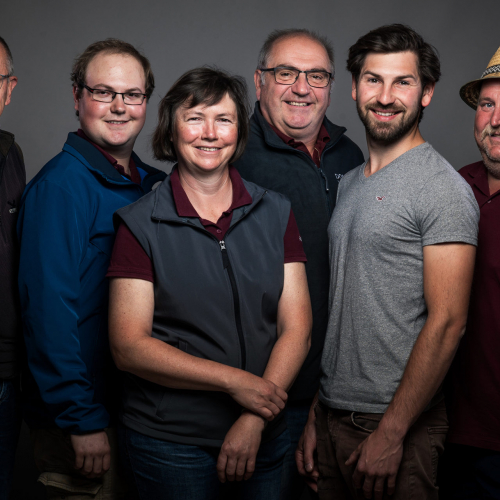 Our vintner families are the heroes of Domäne Wachau. With devotion to detail, they work the small plots, exercising artisanship based on sustainable principles. They are the ones who nurture the vineyards, who build and mend the dry stone walls, and carefully ensure biodiversity while increasingly focusing on organic farming. Each one is one of a kind – so unique and rich in character. Grape whisperers with creative minds and spirits. Whether young mavericks or experienced farmers. And with our winemaker, Heinz Frischengruber at their side, they always have a mentor to guide and support them. 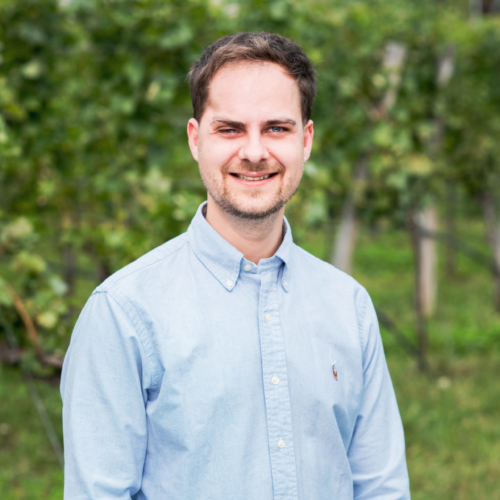 Clemens grew up in Waidhofen an der Ybbs. Two vines in his parent’s garden were clues to his future aspirations, which led him to study oenology at the University of Natural Resources and Life Sciences in Vienna. Clemens got to know the Domäne Wachau through an internship during his studies. He liked it here and the feeling was mutual, so after completion of his studies n May 2017, he began work here as a winemaker. Clemens enjoys taking a look outside the box and instead of focusing only on one region or style, he loves to explore the diversity of the wine world. He makes an exception when it comes to our wines and, at least until the next vintage arrives, his favourite is currently the Riesling Smaragd 2017 Ried Singerriedel. 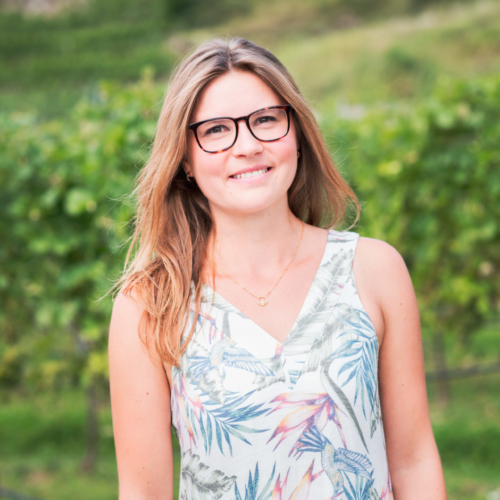 From the Pfalz over New Zealand, California and France to the Wachau: Lena Funke collected plenty of international experience on her way to Dürnstein. Her enthusiasm for wine was stirred during her time in Nelson, New Zealand. After her vintner apprenticeship at the Dr. Bürklin-Wolf winery, followed studies in viticulture and oenology at Weincampus Neustadt and a masters degree in international wine marketing at the Fachhochschule Burgenland. She gained practical experience at wineries in Burgundy, California, Pfalz and Alto Adige during her study breaks. Lena adores mature Rieslings and elegant Pinot Noirs and takes care of the export of our wines at Domäne Wachau since May 2018. 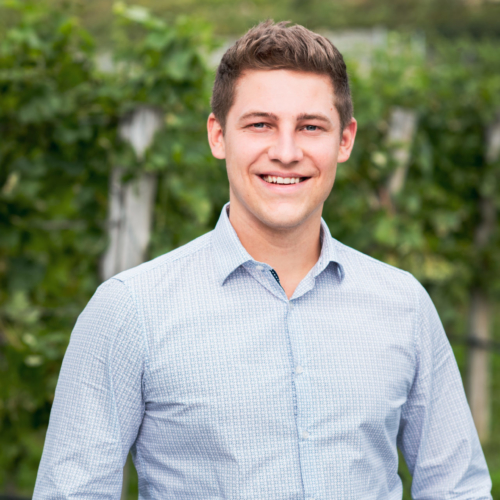 Lukas discovered his passion for wine after graduating from the tourism school in Retz when he began working at fine dining restaurants in Austria and had the chance to systematically taste his way though their wine lists. Things really got exciting at Hotel Berghof in Lech am Arlberg where he was able to deepen his international wine knowledge step by step with the great growths of the world. Delicately woven, elegant Pinot Noir are among is personal preferences just as are Rieslings from Wachau, Alsace, and Mosel. He completed his Sommelier Diploma in 2015 and joined the Domäne Wachau team in spring of 2016. 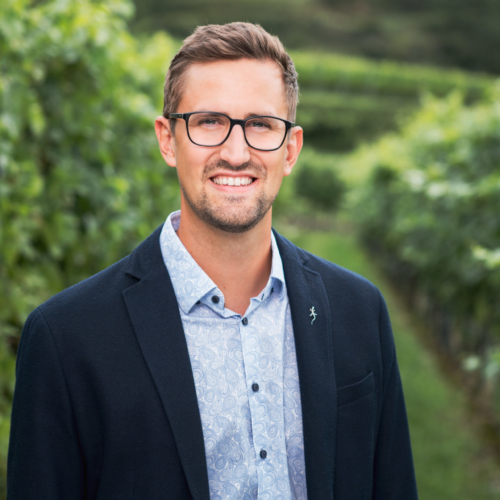 Raphael grew up immersed in the hospitality trade at his parents’ restaurant in Upper Austria’s beer country. The world of wine championed his heart while working at the prestigious gourmet restaurant Paznauner Stuben in the Tyrolean Alps. During his five seasons there with a cellar of 25,000 bottles of fine wine at his fingertips, he quickly intensified his wine knowledge. Achievement of the Sommelier Diploma and further courses at the Austrian Wine Academy in Rust sealed his entrance into the wine world. Raphael has now settled in the Wachau where he is adding top Grüner Veltliners to his collection of international wines. And to make sure that he won’t miss his origins, Raphael is our man for sales in western Austria since 2013. 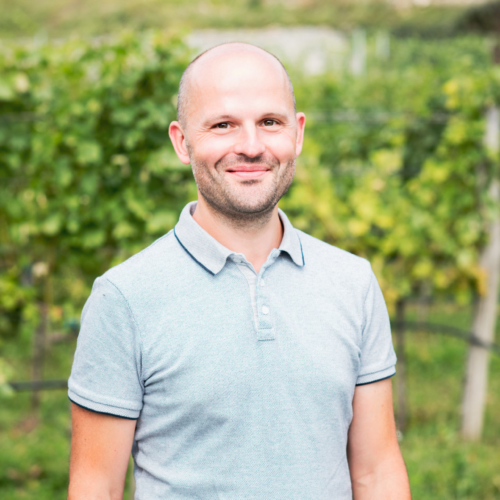 Florian Ortner is a culinary arts expert. He’s been an F&B manager and executive chef, and more recently, he operated the Restaurant Markgraf in Klosterneuburg. It was a superb bottle of Hermitage La Chapelle from Jaboulet that initially stirred his great passion for wine. Once captivated, his enthusiasm motivated him to attend the Austrian Wine Academy in Rust where he graduated with the WSET Diploma. Along his way, Florian has gained professional experience in South Africa, Porto, Ticino, and in Catalonia. Wine continues to fascinate him, in particular Riesling and the great reds and whites of Burgundy. Well-travelled and highly experienced, he takes care of our customers in eastern Austria since 2017. 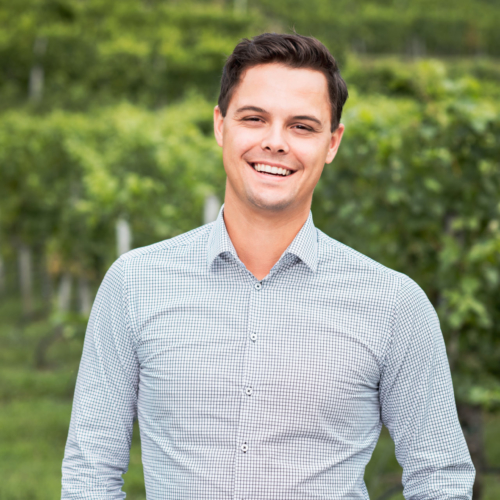 Thorsten Schmelz is a homegrown child of the Wachau, born with the love of wine flowing in his veins. After his education in the Krems vocational school of hospitality, he collected experience at several top restaurants in Austria, most recently as restaurant manager at the award-winning Palais Hansen Kempinski restaurant in Vienna. As his enthusiasm for wine grew, he completed his sommelier diploma and continues to deepen his knowledge with fine-dining experiences and exciting wine discoveries. Now back in the Wachau, Thorsten takes care of our customers in Eastern Austria. 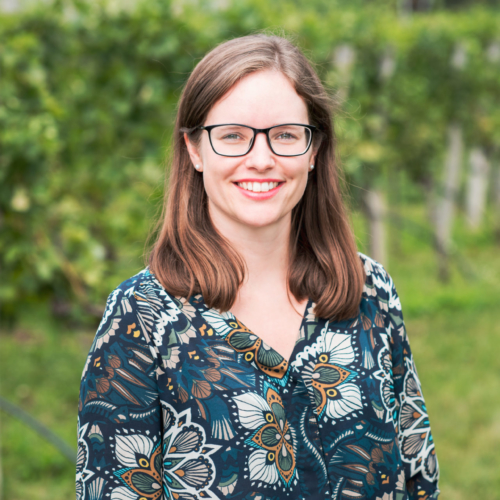 Denise Thiery’s curriculum vitae lists cutting edge education and top notch work experience. Having grown up in St. Pölten, she studied media management and dedicated her master’s thesis to “The Sensory Analysis of White Wine”. She has worked as a freelance editor, marketing assistant, event manager and chef. Since Denise has a great passion for the culinary arts and wine, her leap into wine business was only a short one. Elegant Grüner Veltliner stirs her enthusiasm, just as do Rieslings from the Wachau and the Mosel. Denise Thiery coordinates our various marketing projects. 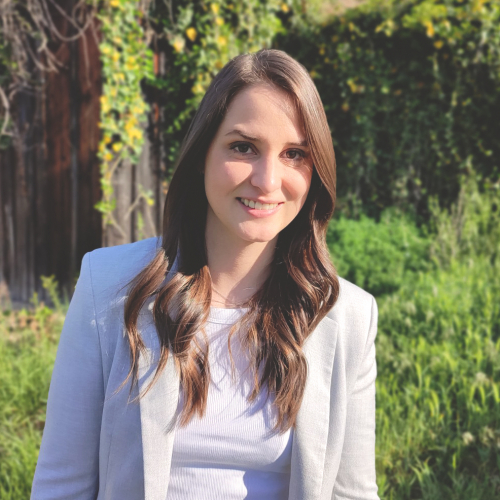 Between heaven and earth: after a career as a flight assistant, Lisa Löschenbrand has landed at Domäne Wachau. She first became acquainted with wine while attending school at the advanced college of tourism at Krems, where she successfully completed young sommelier training. She added to her competencies in 2017 by becoming a certified sommelier. She then gathered initial practical experience in the air, providing passengers with tantalising details on the wines served. Lisa finally decided to enter the wine industry in 2020. She has been responsible for our wine shop at Dürnstein since 2021. Besides French crémants and hearty red wines from all over the world, she is especially enamoured with our Grünen Veltliner Steinwerk Backstage series wines. 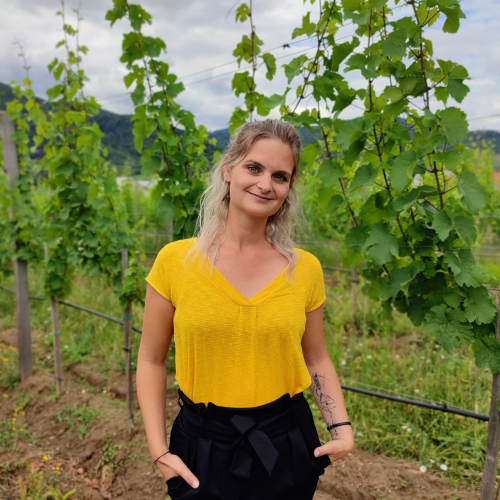 Silvia Lechner always needs hills or mountains nearby. Growing up in the hills far south of Vienna, she later attended a two-year course in tourism. As part of studies, she took on an internship at Hotel Rasmushof in Kitzbühel, Tyrol. It was there that she developed her passion for wine – most preferably Riesling. With frequent time-off from duties at the foot of the Hahnenkamm slope, and a growing enthusiasm for wine, Silvia first took up temporary work with us in 2014. Finding it much to her liking, she soon discovered the Wachau’s abundance of steep slopes and hills, and in 2015 began her first permanent job with us in the wine shop, then later moved to event management. After a short maternity leave, Silvia Lechner is now back at her old job, in charge of organising our events.